As we had so much people we were limited in the spots we could fish so we decided to fish a nice wide open ledge which could fit 10 people. Upon arriving the swell forecast of 1.4m S at 10 seconds looked more like a 1.1mish swell which was a bit too flat for the ledge we were fishing.

Report
Upon arriving to our designated ledge, conditions were too flat but we didn't have much of a choice as we already walked to our spot and we had 10 people so we decided to just give it a go anyway. I spent the first 20min trying to muster some crabs incase I decided to have a crack at Groper later. Fishing was very slow for the entire morning, not much consistent action but just a random fish being pulled out here and there. Was a very hot morning, I was sweating like crazy and found myself very dehydrated.

During the morning Jacky landed a legal King on a shore jig and a few of the other people who were there fishing with live baits got a few kingys as well. I was fishing a ridiculous setup, Michael Wong had borrowed the Excalibur Type 3 rambo version prototype for his Port Stephens trip so I decided to fish with the SFC Big Game #5 ISO rod with 30lb trace. Using this ridiculously overpowered outfit I managed to hook a yakka on a #13 size hook, a whole cooked banana prawn and 30lb trace. I didn't waste any opportunities and I quickly switched to a 5/0 Octopus hook and told the boys ill be back with a Kingy on ISO. 5min later on my first drift I got smashed and upon seeing the fish jump on the surface knew it wasn't a Kingy but a horse of a salmon, bigger than Jackys Kingy. Was easily subdued on the #5 big game ISO rod and released afterwards.

Overall it was a slow morning with not much Drummer action from anybody although there was a short period of about 3min when a school of Drummer did come in and Franz and Michael both had a double hook up to something reasonable but they both busted off. William caught a small brown of around 30cm on the prawn and after seeing that I decided to switch rigs and try for Groper as well. I put on a crab and on my first bait had a hit and was fighting the Groper for 2 seconds before it let go of my bait, I winded my line in to still see the crab was still on the hook so I dropped it straight back down to its cave again and it got hit straight away again and this time I managed to stay connected and land a small 55cm brown Groper which was released afterwards.

That was pretty much it for the entire morning. Probably should have walked further in to find some wash but I think everyone was just tired/lazy to repack and move spots as it was a very hot morning.

Gabriel should be uploading the photos later. 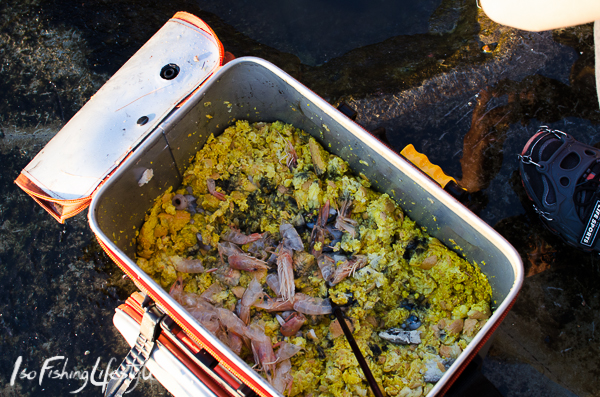 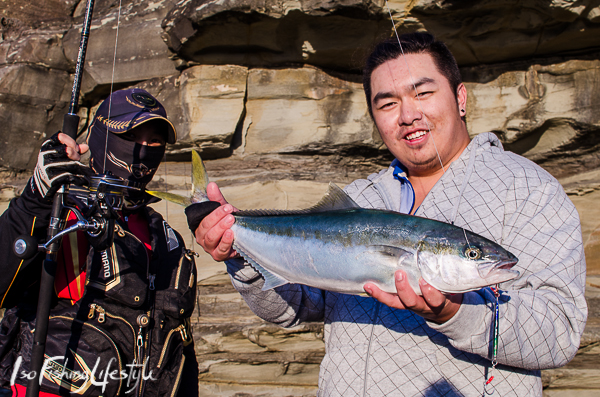 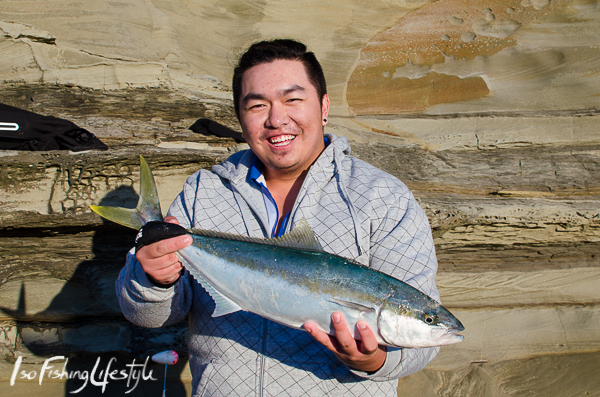 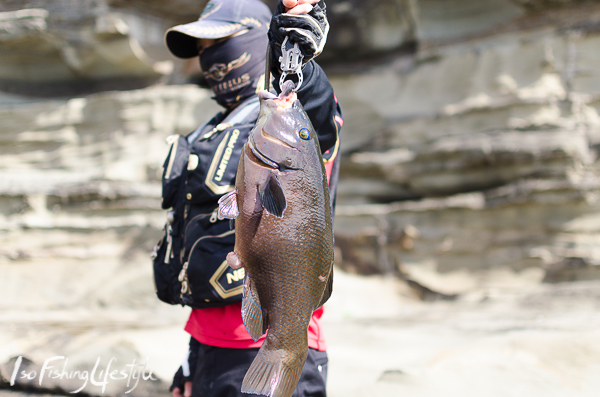