It had been a while since we all went out for a proper eging session with my brother and father and Sunday evening was too hard to miss so we packed the gear and set out for some cephalpods. We arrived earlier than usual 9pm start after work and walked down and rigged up. To our surprise there was only 1 person at the ledge who walked up and didn't get any fish who was leaving as we got there. I was the first to wet the line and started off with a Yamashita 3.5 490 shallow jig and decided to change to a 3.5 basic in the 2016 Limited edition colour (can be seen in the photo below) and a whiff of Egimax. It didn't take long as the first squid lunged on the 2nd cast out on the drift as the current was quite strong, but struggled to get it up as we forgot the net head at home

The next calamari didn't take long but was mayhem as the swell pushed the squid from side to side as we moved it around to land him. The squid were decent sizes and quite chunky we noticed and weren't being too shy as they were hooked firmly on the candles luckily. As the egi was drifting in the current I felt a slight tug as line went tight and i struck. The weight was heavier than usual and ended up being a cuttlefish that was released after the photo. I got another small cuttle and so did William during the evening. Although it was a Father's Day trip, my father wasn't having much luck as he landed an octopus

The squid were consistently caught throughout the evening as we constantly worked the bottom, donating plenty of egi's in return for some calamari. William hit a new PB as the drag started to peel unusually as the calamari lunged constantly and peeled off the smooth drag of the Daiwa Emeraldas Air as it rung in the air. After a tough tussle and troublesome landing we were lucky to assist William in landing a new pb of a hood length of 38cm.

At the end of the evening we had enough and called it a night at 9:30pm. 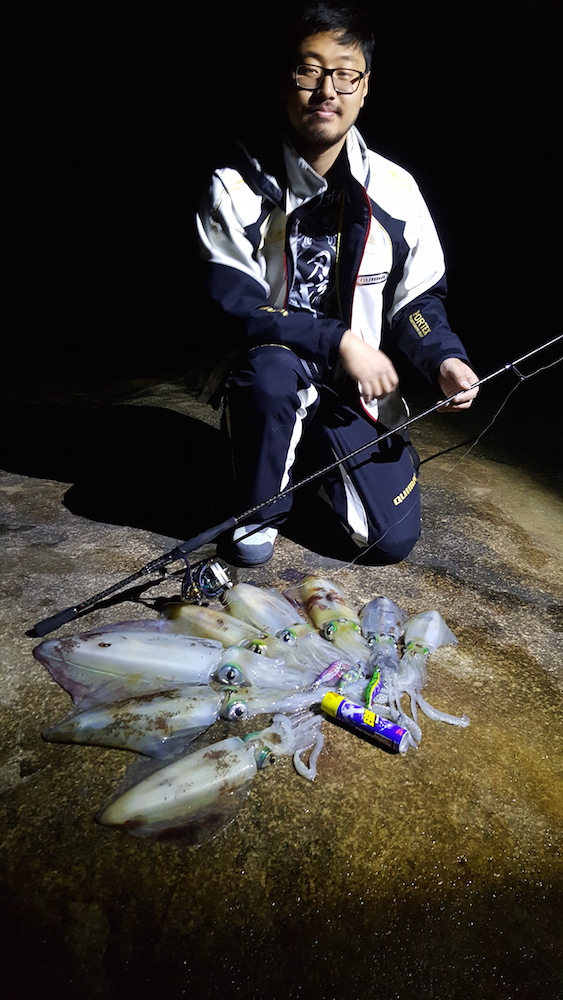 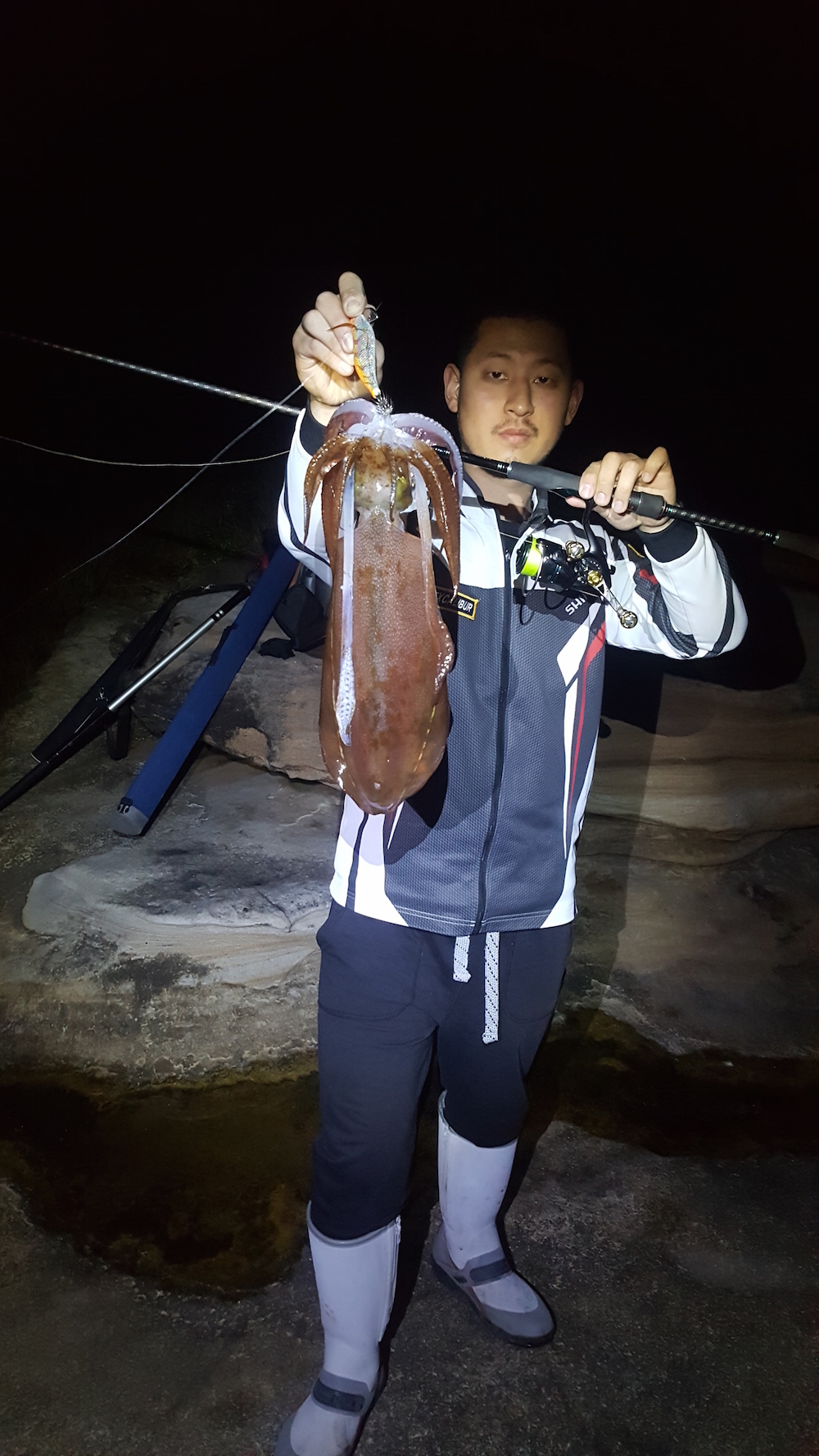 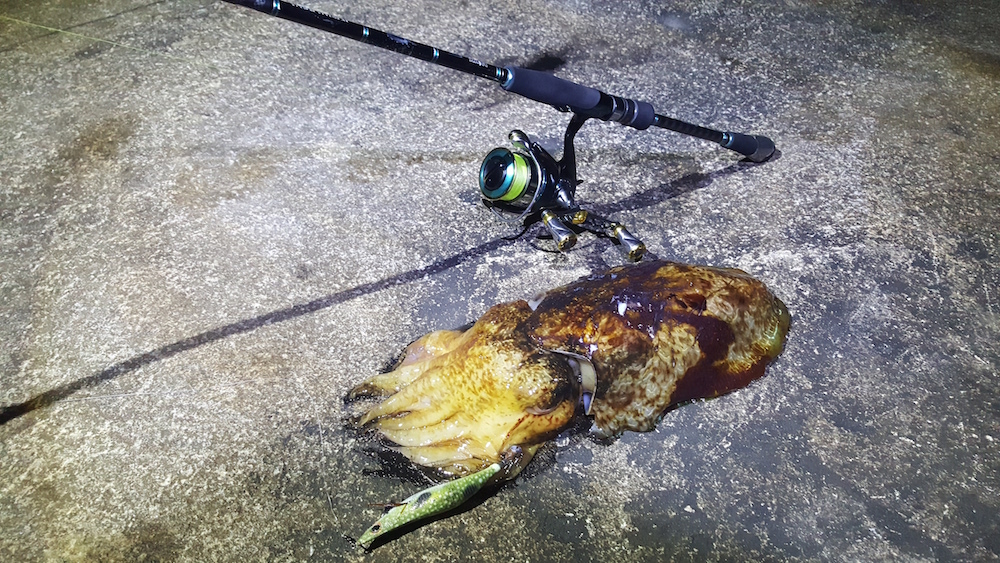 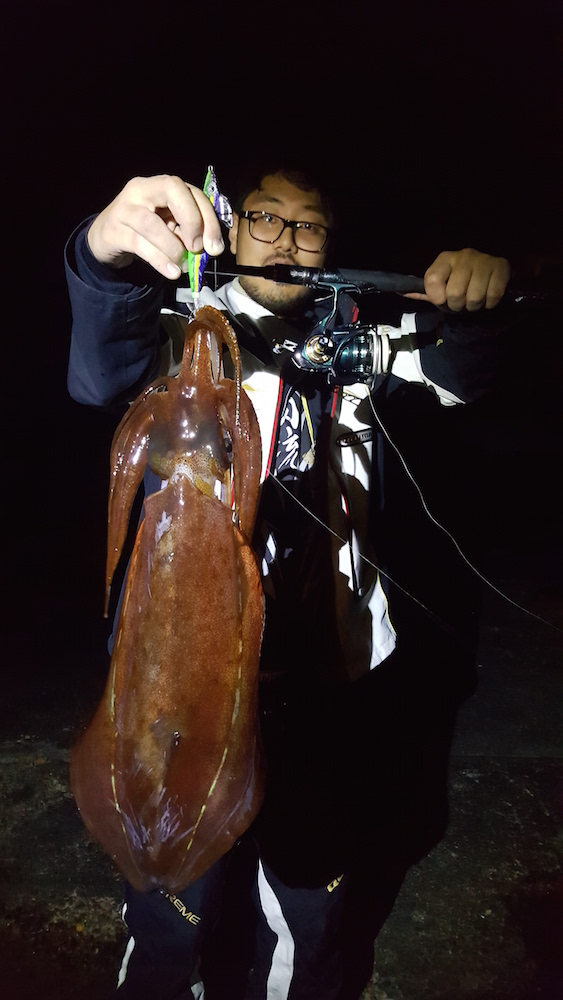 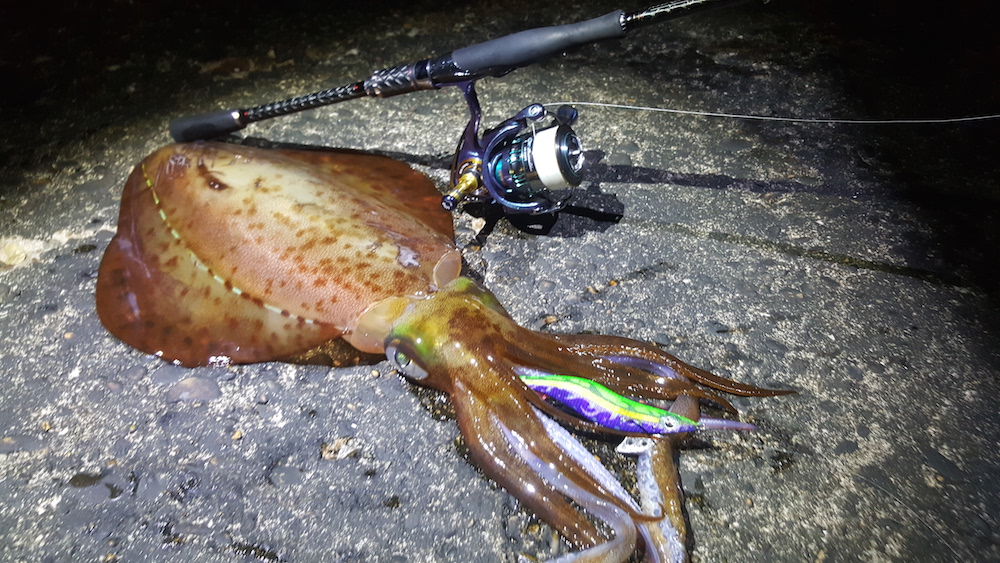 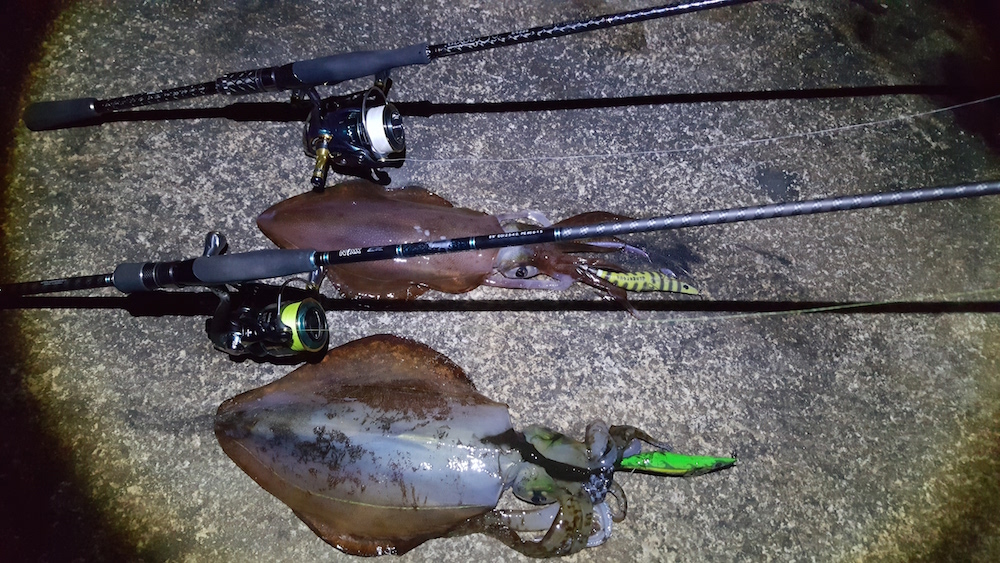 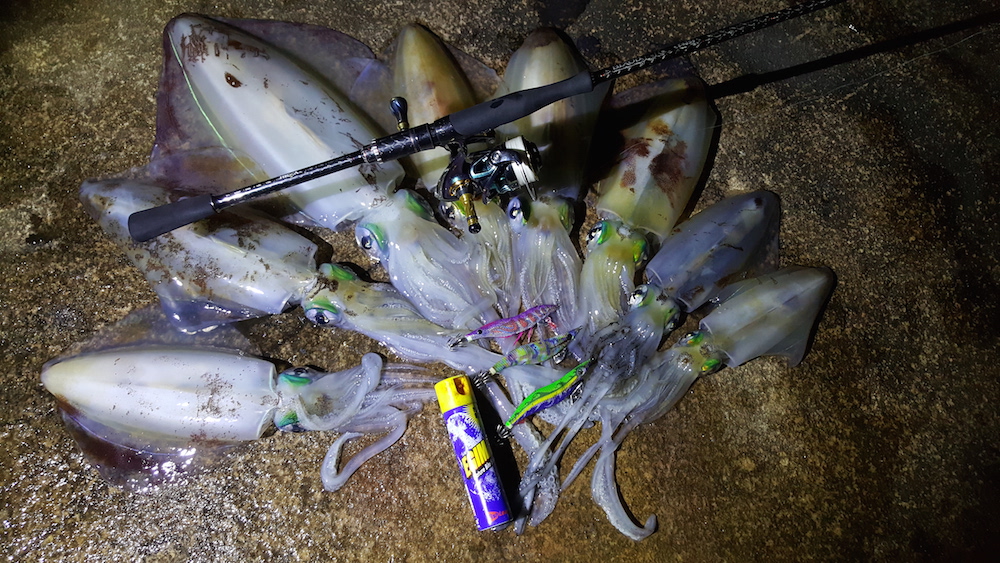