﻿﻿A new method proposed by Maria, which slow action that can not be produced in the jig leads to predation against natural "poorly active low target" clinging to the Deep Range (15 to 30 meters deep) attacking by Shore Jigging, "Invitation".

After morning sparrow
Efficiently search deep range with a speedy approach for highly active fish that sun rises and falls to deep.

During the day when the reaction becomes awkward
Propose a new method "invitation" for low active fish in the depths! 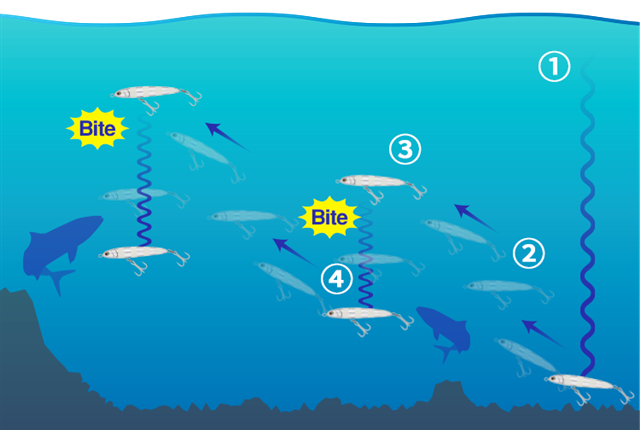