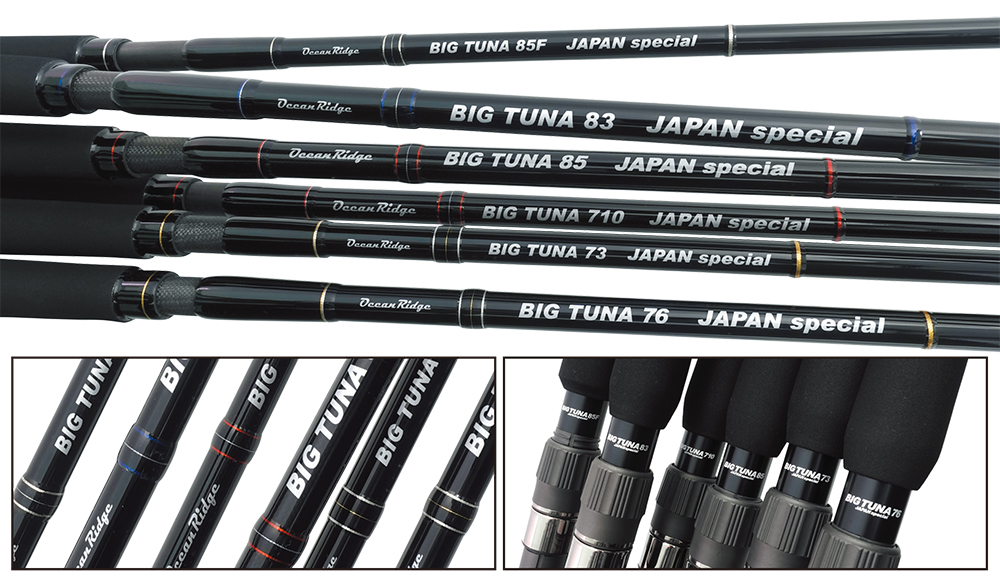 This 85F will allow anglers to cast out small lures with great distance with the use of lines between PE3~6 and lures ranging from 18g ~ 120g. It is a tenacious and bendy rod so it is less likely for anglers to break the rod when high sticking. Use of general light tuna rods result in a long and grueling fight as angles are worried about rod breakage or line breakages, however, this 85F is not a light tackle rod. It is a new generation of tuna rods which exceed the line and knot breakage specifications. Although it possesses the power to overcome Tuna exceeding 50kg, this tolerant rod will also be ideal for casting for targets such as Yellow-tails and Kingfish in your local waters.