Jason, Tony and I planned to go eging as the weather was good on Wedesday night, but the rain stated to pour at 4pm so we canned that evening and left eging for a different night. Thursday was forecast to rain as well so we didn't have our hopes up until it got to 6pm when the sky was still patchy, but no drop of rain was to be seen so we contacted each other to organise a last minute eging trip.

We arrived at our destination a bit past 9pm and began rigging up. Tony was the first to have a line in the water, but Jase beat us all to the squid as he hooked one on his first cast. After I saw Jason land his squid, I quickly rigged up and began eging. The first 15 minutes was quiet, but as soon as I switched spots I landed a small calamari. From here on, I was getting hit by calamari every 5 casts or so whilst changing colours. The best results for me were the Yamashita Limited Edition colours and the Yamashita 490 Live search 3.5S R05. I quickly called Jason over and he also managed to land a calamari.

As I worked the lure and let it drop back down, I felt something smash the lure and I striked and I was on. My drag peeled almost like it was a fish. Jason and I were laughing at how ridiculous it was as my drag peeled for a good 15 seconds before I got any line back. I slowly winded in the squid and eventually got it to the front. It was a monster calamari that had engulfed the lure. Thanks for Jason for the net job. We measured it at the end of the session and it measured a hood length of 42cm (same as my previous PB)

The calamari were quite aggressive and smashed the lures. We also landed some tiny calamari, perfect for bait, that were not much larger than the lure.

Tony joined us not long after and quickly snatched up 2 squid in a short span of time before the tide was too low to squid in, but managed to get a good calamari that was a bit over 30cm. As the tide ran out, the squid weren't as responsive as before so we called it a night at 11pm.

We ended up 9 calamari, not bad for a last minute session. 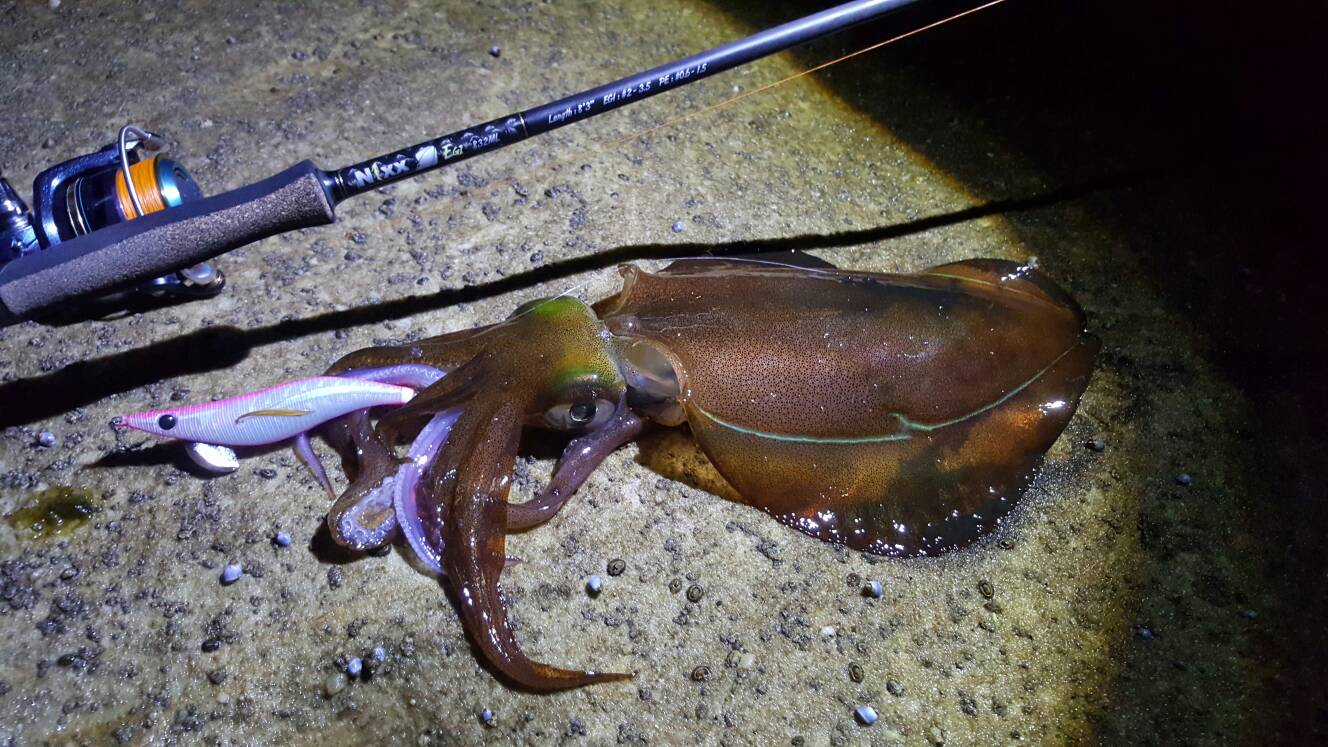 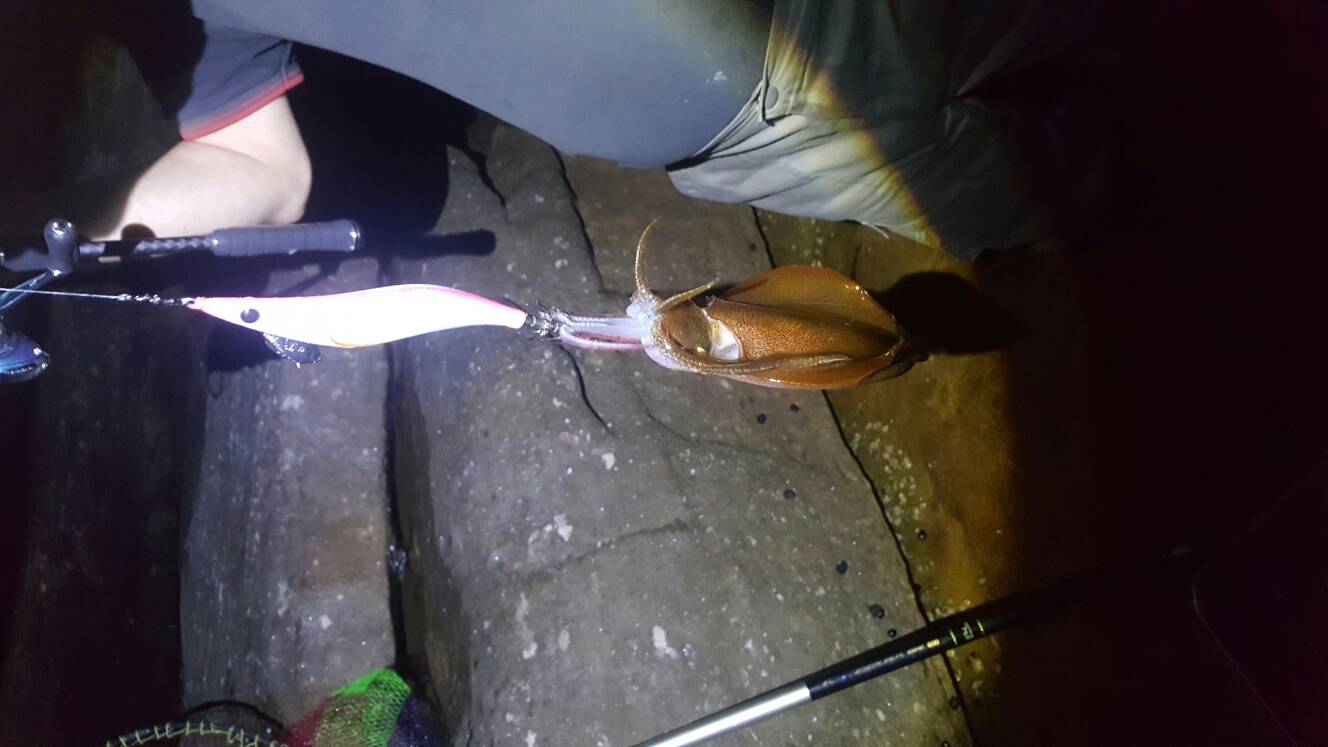 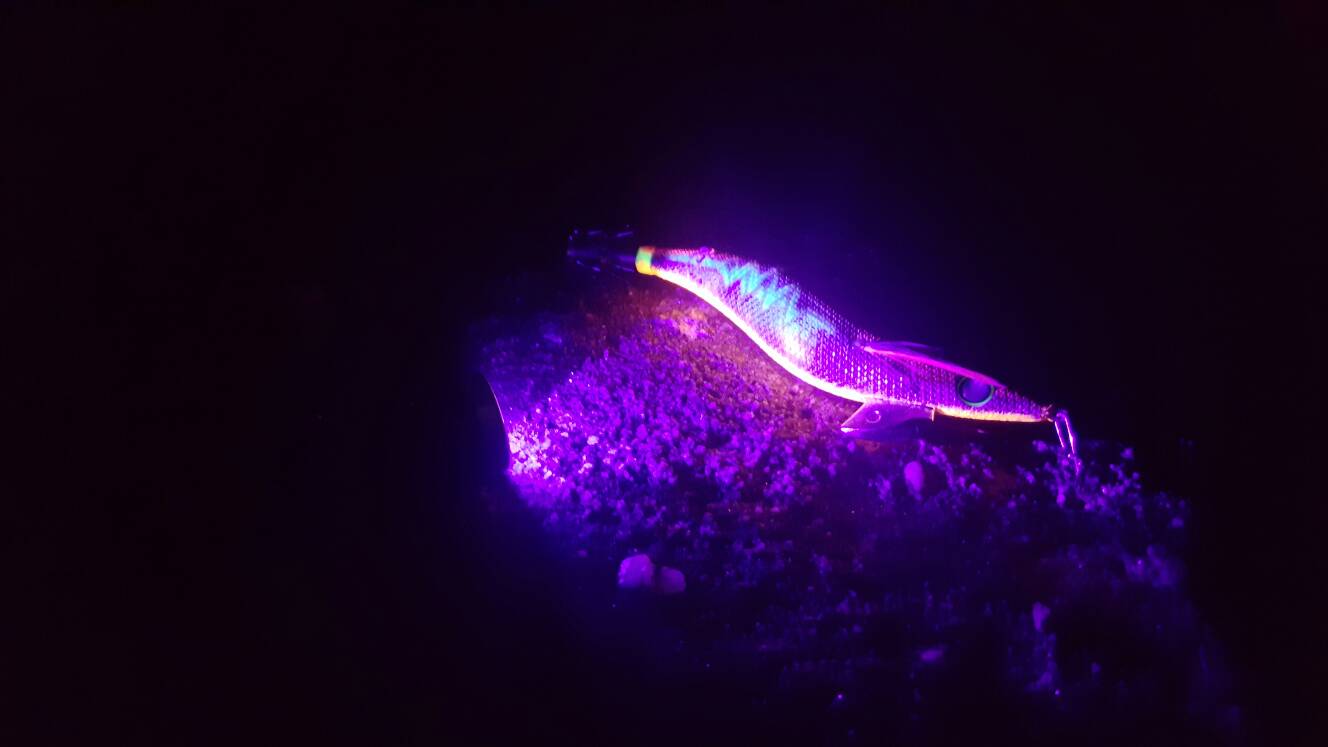 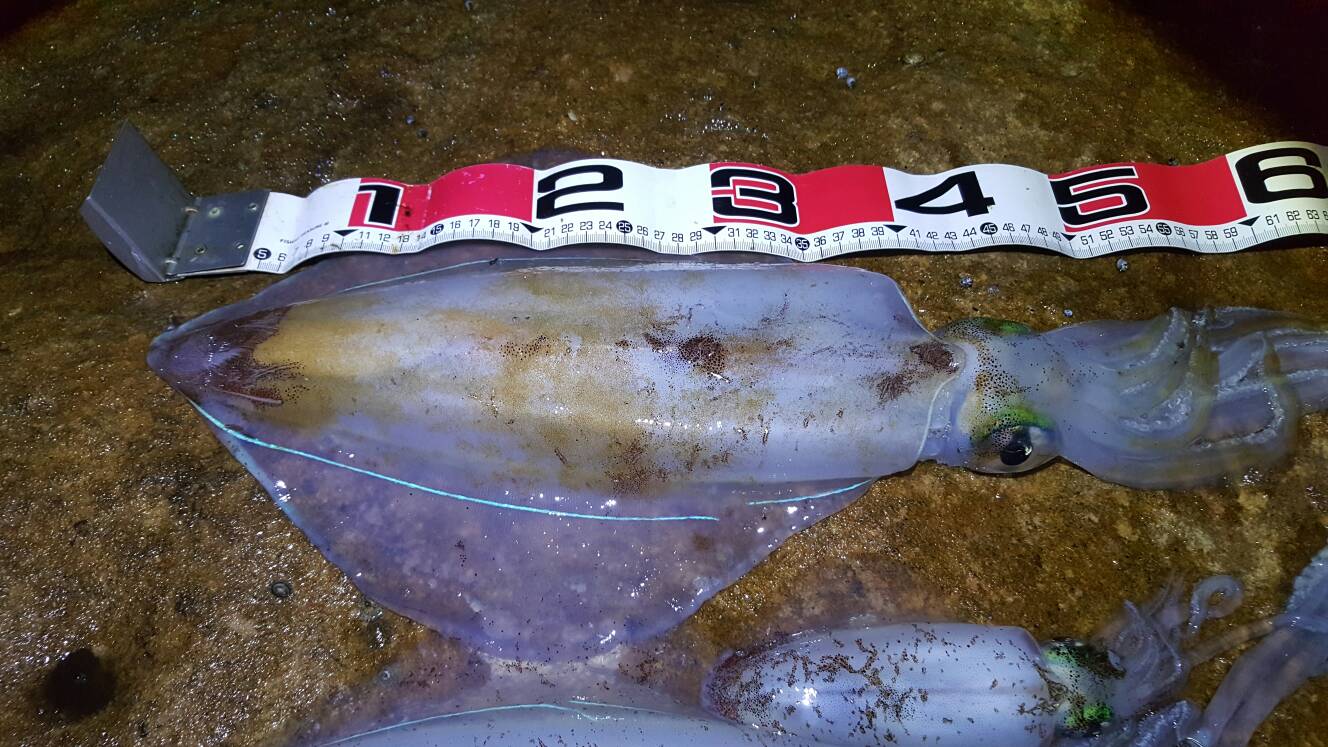